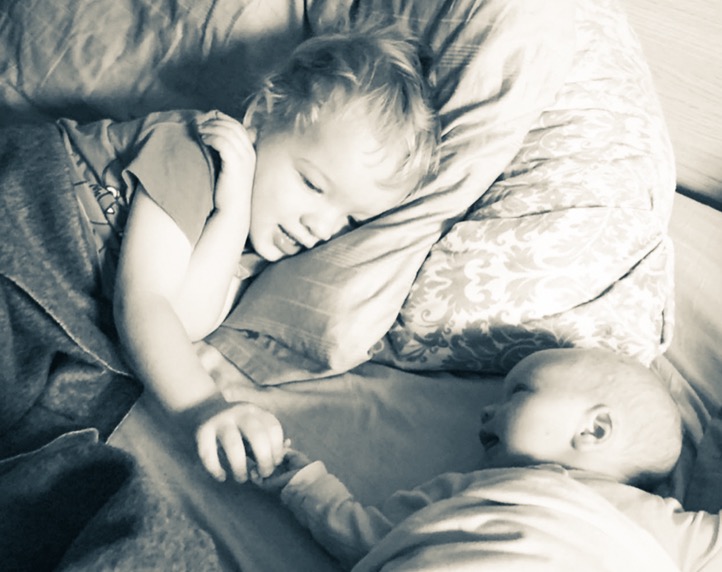 To say that I took a hiatus from writing is an understatement, I have no real excuse except life. In the modern day juggling act of family, home, career, adulting, Netflix, maybe the gym and sleep, keeping up with my blog didn’t make the list – in reality neither did the gym.

Growing up I never really realized that being an only child held a stigma to it, nor did I think people (some) would hold such a preconceived notion of who you are as a person based solely on your pecking order or the speed of which you were conceived, in comparison to your other family members or in my case lack there of. It wasn’t until I went into my late-teens and early adulthood that this only child thing came up more often, and in more recent years through the discussion around having children amongst friends or strangers at parties did I find out if we teamed up with the middle child – in my case I did (my partner is a middle) could we be the next super-villain army in the DC/Marvel Universe. The discussion was in context to how many children you want and some of course know with all certainty that they want at least two if not more, unfortunately some of these same friends haven’t been lucky enough to see this actualize do to medical set-backs and life, other friends have found they are completely fulfilled with one child. Since we come from a generation where only children were not as common as they are now and with the reputation that only children come with – which some people had expressed is the reason they wanted more than one, I tend to have these friends who were raised in a larger packs but are a parent to ones come to me regarding my experiences as an only child.

What about the other side of the coin, an only child having more than one? From my googling there are plenty of articles regarding parents with siblings contemplating or raising only children and their concerns, anxieties and questions. There isn’t a lot out there that talks about only children having more than one child and their concerns, anxieties and questions. So when my hunch was correct and I found out I was pregnant, the excitement that I had felt the first time around had morphed into pure guilt the second time around. To be clear this was a planned decision and I had no notion I would feel this way prior to confirmation that I was with child.

It was hard to articulate my feelings, not something I am great at doing unless wine is involved or behind a computer screen. My partner was super excited and equally as supportive of my apprehensiveness, but I don’t think understood why I felt guilty since he loves having his sisters and was looking forward to Cillian experiencing life with a sibling. We had always taken the approach of have one then decide if you want more, we knew quickly after one that we did want more but now that the more was 9ish months away it felt too soon, we hadn’t had enough time with our one, he needed more time with just us and I needed more time with just him. I felt like it was almost as though I had betrayed him, gone behind his back because he wasn’t enough – which yes logically I know is crazy. I wasn’t too worried about the juggling act, the busyness – which I was told would be insane with two kids two years apart (isn’t having children no matter when or how far apart busy?), the management or logistics. I just felt like I had somehow failed the special bond I had with my son.

This pregnancy wasn’t as shiny and glowing as the first (karma for my smugness) and whenever Cillian went down for a nap I joined him (in my own bed because sleeping with a toddler is at your own risk), I didn’t have the energy to keep up the way I used to which added to the guilt. I had planned on soaking up every minute I had with him by being amazing and making every moment more special than the last, so that the new baby couldn’t take that away from us. Then of course I felt bad that in my head I was risking a scenario where it was Cillian and I vs the new baby. From the articles I did read people said that the new addition fits in seamlessly for the most part once they have arrived and that yes you will love them as much as your first.

As the weeks drifted on and this baby became their own person in me, with their calm energy (unlike the their older sibling) and big stretches that tested the elasticity of my skin, as we got to see them(ish) during our ultrasound appointments, and we debated countless of boy names since we didn’t find out the gender and we had our girl name picked or so we thought (I made an eleventh hour name change request because of how chill this baby seemed and maybe hormones), my anxieties did simmer down. I still felt like this pregnancy was going way too fast and I needed more time as a unit of three but I welcomed the cute belly and being able to re-introduce stripes into my wardrobe, made the most of our small team between naps and when Cillian started asking about the baby in the last month or so, I realized we got this.

Our newest member has been on the flip side for six weeks, a baby girl. Little Miss Alina is nothing and everything like I imagined. I stare at her when she is sleeping which is a lot more than her brother did, I try to see myself in her, at the same time respecting that she is her own individual. I wonder who she is, will she Ying to Cillian’s Yang, will she be attracted to feminine, delicate aspects of life the way he is drawn to trucks, machines, the only mud puddle in the whole field, or will they share interests and become a dynamic duo. Their physical traits are very similar, a friend said twins born two years apart. People remark at her peaceful disposition, my doctor was surprised at her nature and told me to feel lucky that the second is so calm. I hope she maintains her balancing energy and yet develops a strong voice of her own, while I appreciate her go with the flow personality I want her to push for what she wants, to hold her ground, to stretch boundaries.  I aim to raise good people, respectful individuals, contributing members of society who are passionate and follow their head and their heart.

Just like that she has managed to expand my cardiac muscle like her brother, is part of my future curiosities, my daily rituals, and as each day passes this family of four feels more like something that has always been vs a new transition. She does fit in seamlessly and yet in many ways we are all still getting to know each other. The guilt I felt over Cillian is gone, I have realized it is still possible to have my one on one bond with him, even more now that I am on maternity leave. Cillian already says her name and calls her my baby, he gives her her toys and blankets, sure we are still working on why she needs to be able to breathe, and even though kisses are a stretch… cooties are a real concern for this toddler, I think it’s safe to say he is happy with the addition.

I am not saying parents who have siblings do not go through the same emotions I have, maybe it just isn’t as talked about or maybe I haven’t listened. At the end of the day, you as a parent, if possible need to choose what is best for your family dynamic and your child(ren) will adapt, as will you. Regarding personality traits they may or may not develop that is a complete nature vs nurture debate – in my belief. I don’t think Cillian or Alina at their core would be any different if they had been a lonely only or one of five; I have met other onlys who are polar opposite of me and individuals from large families I have a lot in common with. If you’re going to be a jackass or a villain it has nothing to do with the fact that you didn’t have to share your toys at home, but more to do with the values, morals and outlooks you are raised with, and of course in my opinion, what your essence is. I mean look at some of our main Superheroes… only children.